They put a smile on your face, a childhood memory in your mind and sell themselves … but below we provide you with some ideas to help your customers promotion TAKE OFF.

1. When a Fortune 500 Company wanted to promote sales, with a free trip to Hawaii as the goal.  Guillow’s Gliders were mailed to each sales office with information on how to qualify for the trip.  The gliders were imprinted with the words “Come fly with us to the Hawaiian Islands!”  The gliders got the job done and resulted in a successful year and record turnouts in Hawaii!

2. A computer company recently used the Guillow Glider to hype their product at a trade show.  The message read “Windows that Fly!”  Not only did the booth attract potential customers, the gliders soared above the other exhibitors with their advertisements.

3. The Speedy oil change and car lube locations are convenient.  But, what happens when you have customers who bring their kids along to wait the half-hour while the work is being done?  Keep them occupied with a Guillow Glider.  One ingenious auto care center ordered the gliders with their logo and advertising message imprinted on the airplane.  It sure kept the kids entertained!

4. Politicians know how important it is to be noticed and recognized.  One small town mayor used the Guillow Glider to get his name out during the communities 4th of July parade.  During the parade he launched the gliders along the parade route.  You, too, can get your message into the right hands with a high flying specialty item like the Guillow Glider.

5. A fast food chain ordered 8,000 Guillow Gliders, 1,000 for each of it’s 8 stores to use in their kids meal packets. What was to be a months supply was depleted in just two weeks.

7. No matter what business you have, if you need an attention-getter directed at the youth market, take a look at what Guillows has to offer. Guillow Gliders can literally boost your products and your sales sky-high. Join the many companies who have ordered the Guillow Glider – fast food operators, real estate companies, auto repair professionals and even politicians.

8. During a recent Air Show, an oil company wanted to promote it’s gasoline credit card among show attendees. As an enticement for the adults, the company offers a $10.00 credit toward their first fill-up when the application was approved. As an enticement for their children to get their parents to stop by the booth, the company offered Guillows Gliders to each of the kids while the parents learned more about the credit card. The kids – who came to see airplanes – took one home thanks to the fast thinking company and the Guillow Glider.

9. Anyone who has been to the doctor or the dentist with a child knows that the reward at the end of an office visit can quiet an anxious child. The “goody” bag often contains a number of inexpensive items from which the child can select his or her reward. One resourceful dentist purchased some Guillows Gliders imprinted with his name and address on them. The results were twofold: a happy patient and advertising for the dentist.

10. A local girl scout troop was having a jamboree/fair to encourage the sale of girl scout cookies. Each girl was given a Guillows Glider and was asked to print her name and the number of boxes of cookies she planned to sell on the wing of the glider. The gliders were turned in by the girl scouts and registered with the troop. The lucky girl who sold the most cookies received a $100 savings bond. But everyone received a Guillows Glider to enjoy at home.

Watch your savings soar with …

Soar above the crowd at …

The sky’s the limit with … 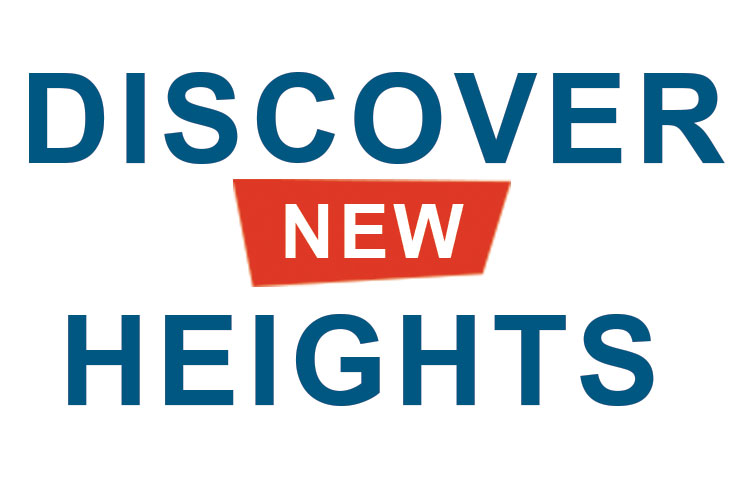 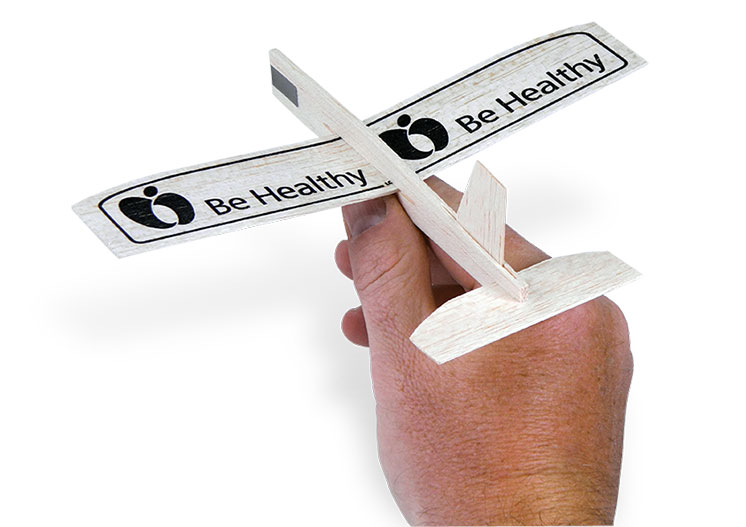 Have you ever wished you could entertain the customers’s children while you are trying to make a sale?

One quick-thinking realtor had the right idea – A Guillow Glider!

The realtor talked with the parents while the kids went into their “soon to be” backyard with the gliders.